The paintings of Martin Poppelwell are unique in that they are in a constant flux of pulling themselves to pieces and reassembling themselves in front of ones eyes. It is something that the artist has said recently about the work when asked to explain what painting and building things means.

“It is a personal thing making work, and i find that ones interest is in always inventing a new version of things I like. Starting off with being in the studio and drawing etc, its quite a mystical thing, thoughts floating around looking for somewhere to land, and being amidst that. I guess thats where abstraction comes from, that view from the mind. Well it is such a joy to start a work, but this is so often where the fun stops, and those fine drawings and plans start to smell funny. You end up having to really just keep bumbling through with vigor to see if you can get the works to open up and let one in. Each time its a mystery, perhaps a very small one, a weird one and hopefully a magical one. Painting is not for the faint hearted, leaving to one side impracticality of the whole pursuit-thinking along those lines would drive one up the wall, a little.

These new pieces start with the idea of working inside out, from the perspective of one dimension. In a sense one dimension which has been described as ‘shoelace’ theory, where all activity is taking place inside the line. So hiding from reality, the paintings position themselves as questions…how do you even think about a one dimensional work. (Recently a fine rugby coach was criticized for a one dimensional approach to the game, and became very defensive, when perhaps ‘he’, it’s always a he, could have agreed and replied, “watch this space’). Why is one dimensional a term of derision or blandness, a lack of something. Surely such a complex and fascinating field of reality doesn’t have to find itself swilling cheap moonshine when it is perhaps actively able to articulate the inner soul of say fine mescal… funnily enough which was also misunderstood by many as ‘peasant liquor’. Not cool.

Yes there will be references, firstly… well it all started recently with a painting commission where the work was playing around with P.G. Wodehouse’s 6 definitions of a hangover. The character Jeeves has a secret elixir to a foul morning head — the sewing machine, the atomic, the cement mixer, the gremlin boogie, broken compass and the comet. To try and plant these ideas deftly is always going to be a challenge, yet simply the idea itself, contemporary slapstick with literary swipe. It got one thinking that narrative could be relevant again, honest and certainly straight down the wicket. Alongside these vagrant thoughts were nods to other fine writers, Doris Lessing (The Grass is Singing) and Iris Murdoch (The Severed Head). There were echos of satire, emotion and pathos from these works that felt relevant and again up to date with how we behave as humans… behaviours articulated latish 20 century, ever so who we are.. still.

Now, in the paintings a loose diagram, bold colours and broken words appear in both the main works, each with a gothic font trying to slay the words ‘one dimensional’. They are clunky forthright attempts to throw mucky and elegant into play, mess up just enough to let thoughts remain fluid and insightful, just a whiff.

But wait there’s less… with these pieces are the exhibitions title paintings, ‘WHO’, which can be expanded into the title “Look at all the mess… who is going to clean it up”. Here one asks ‘Who’, me the artist, ‘Who’, us the people, or simply ‘Who’, who is it?

Maybe thats what is going on, a little.” 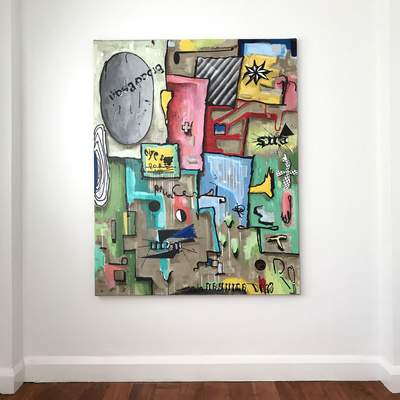 Princess Petrol & the Broadbean - You have a nice dress 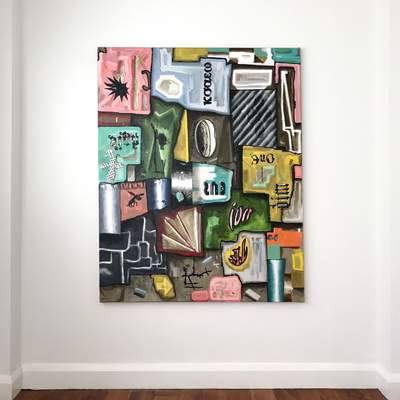 I paint animals because they don’t have human thoughts 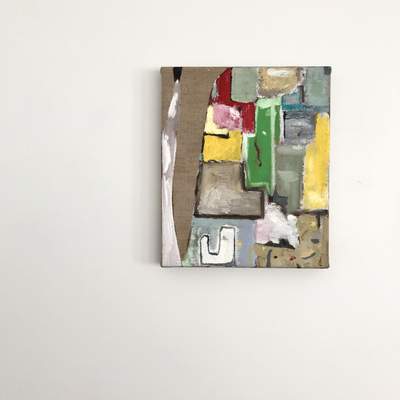 Study for an edge (the undesirables) 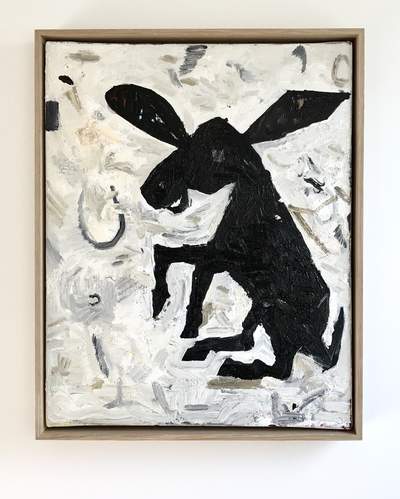 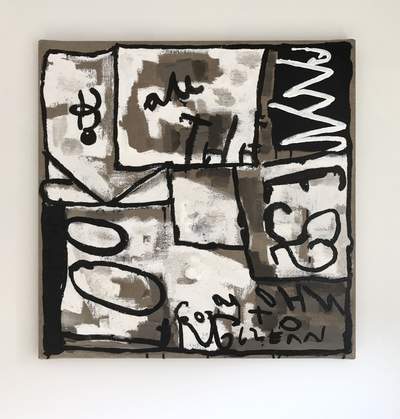 Look at all the mess, who is going to clean it up - BLACK 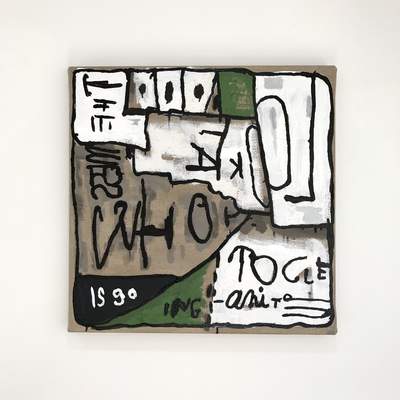 Look at all the mess, who is going to clean it up - GREEN 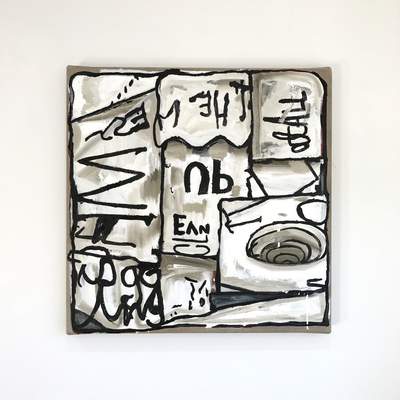 Look at all the mess, who is going to clean it up - GREY 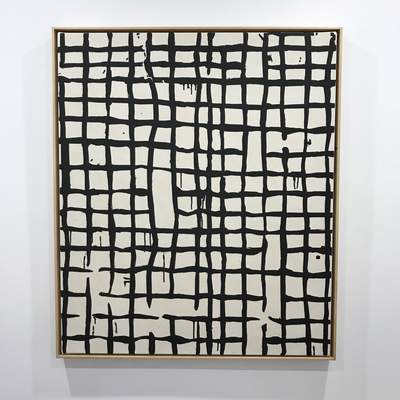 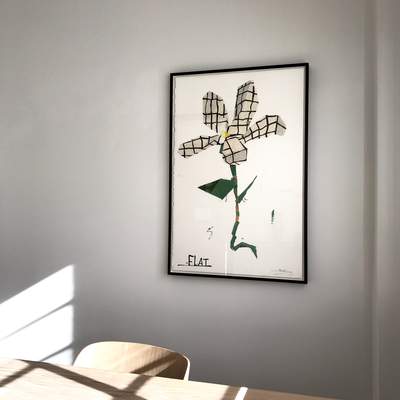 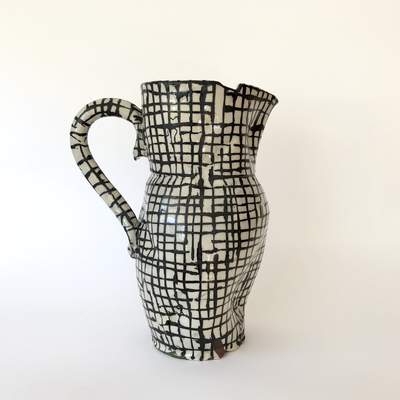 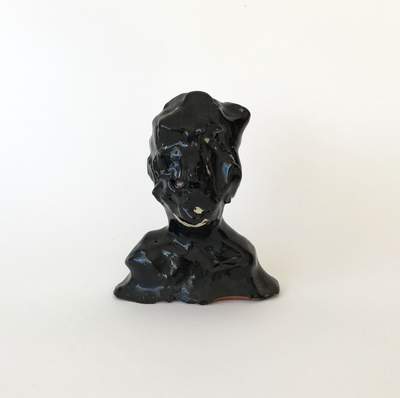 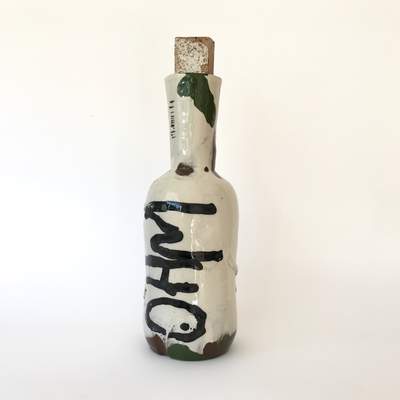 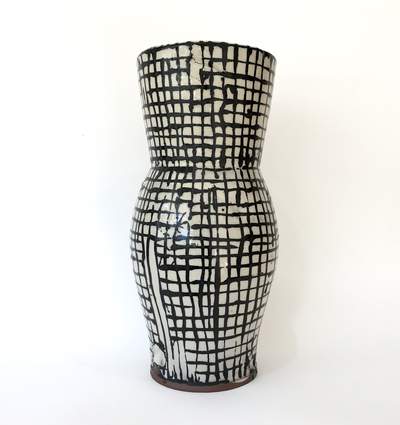 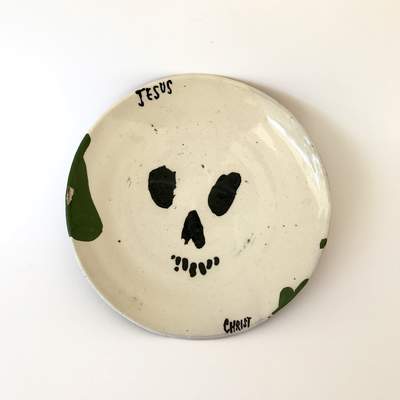