When the writer Nigel Cox described the fact that most good stories had an impossibility at their heart, an obstacle the author was desperately trying to work around or cover up, it struck a chord with me. In an interview with Damien Wilkins shortly before his death Nigel talked about how he sweated every minute over how he was going to deal with the ‘nitwit’ alien culture in his book Skylark Lounge - which involved an alien encounter, and how he was going to make it plausible and serious - how he was going to make it work.

I have for a while used a similar strategy of putting myself in an awkward situation, starting under tricky conditions and trying to scratch and paint myself out of a corner. Initially this was an attempt to keep glibness at bay. The hard, shiny enamel surfaces I used were terrible to draw on and there were obstacles on the surface that had to be painted around [or over] and made acceptable. But over time I have realised that - as Nigel described it… ’like standing there, a dumb fact in the middle of the room’… these dumb facts have become a crucial component to my art practice. In the mid sixties American painter Jim Dine summed it up slightly differently when he said that there was a ‘state of dumbness’ that he liked to use not unrelated to child art. And although he accepted it couldn’t be done purely, he would use it like one would use paint, as another way, another medium.

The work for Show Pony traces back to some panel painting I was doing 10-15 years ago, relitigating a few old ideas and subjects and bringing in some new ones. The panels are made from enamel surfaced hollow core doors. They have inherent issues to deal with from the outset, mainly holes and other blemishes that need to be made acceptable. The colours are happily off-key and when two panels are used in a work a horizon of sorts is created. Land/sky, sea/land, sky/land etc… Therefore, some big formal decisions are made quite quickly, and my hand is forced. It’s then a case of trying to save the thing from the tip. 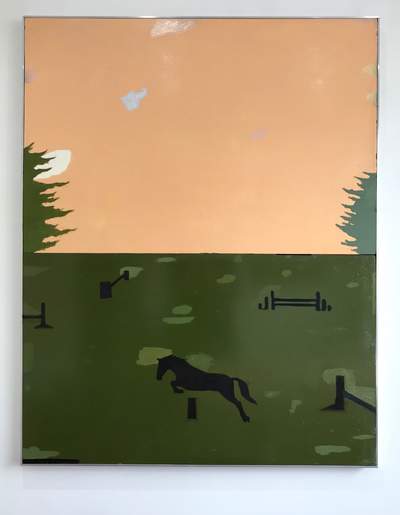 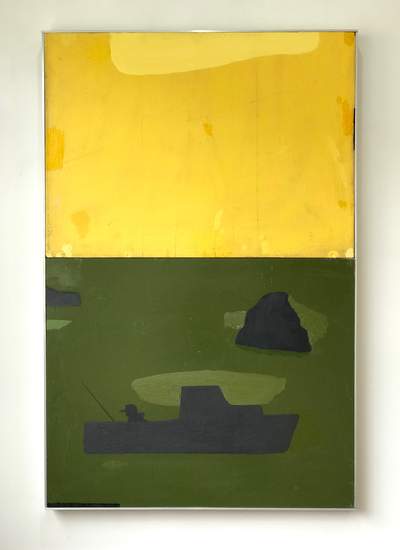 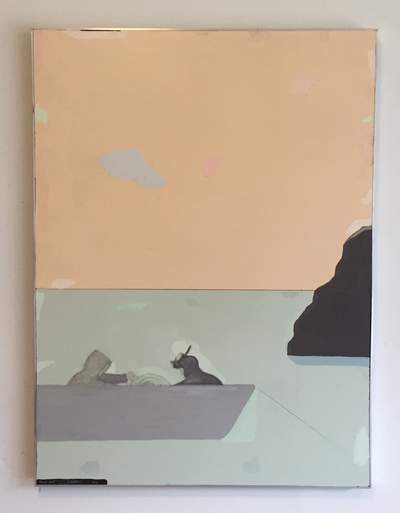 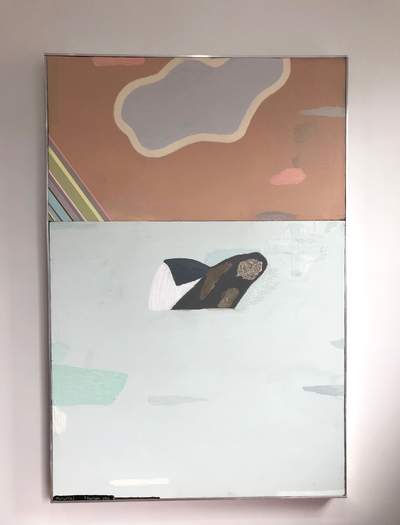 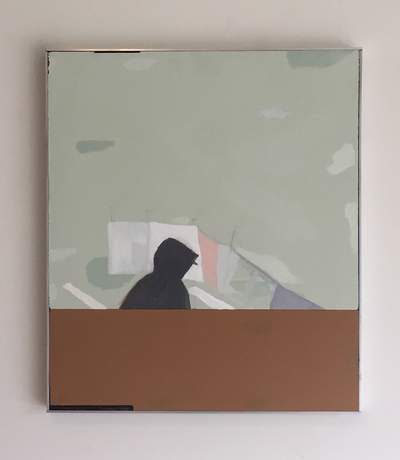 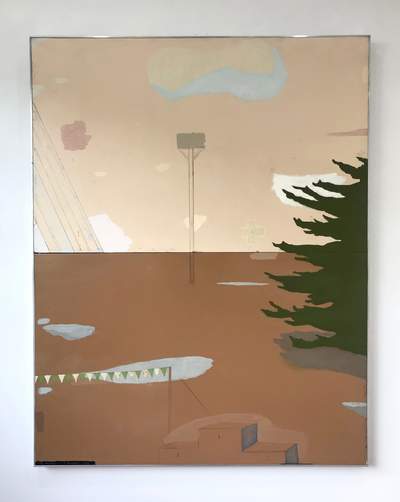 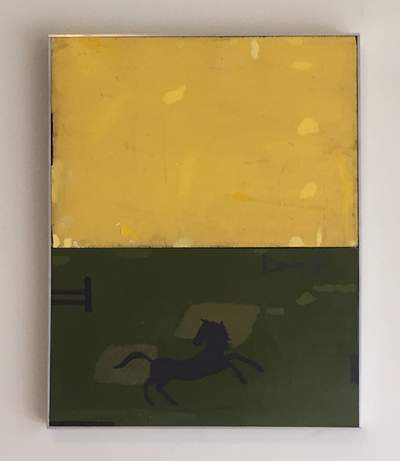 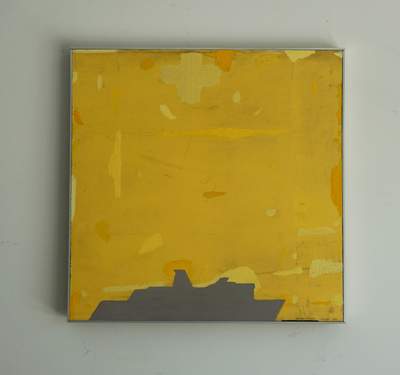 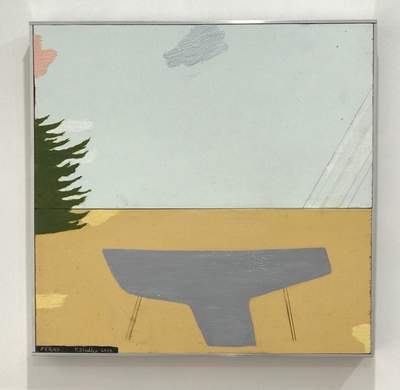 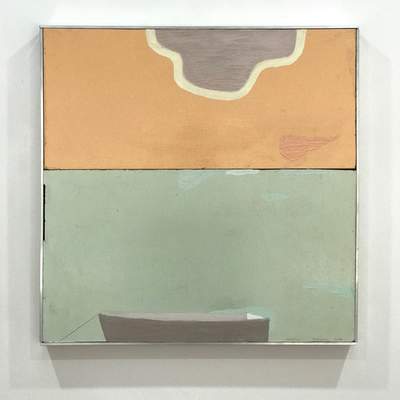 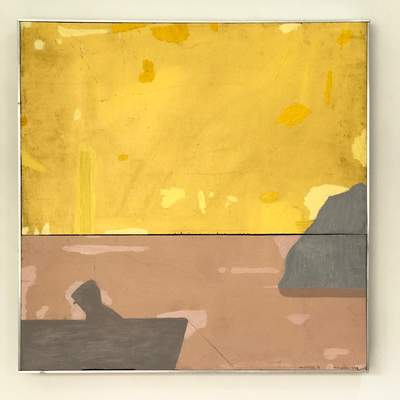